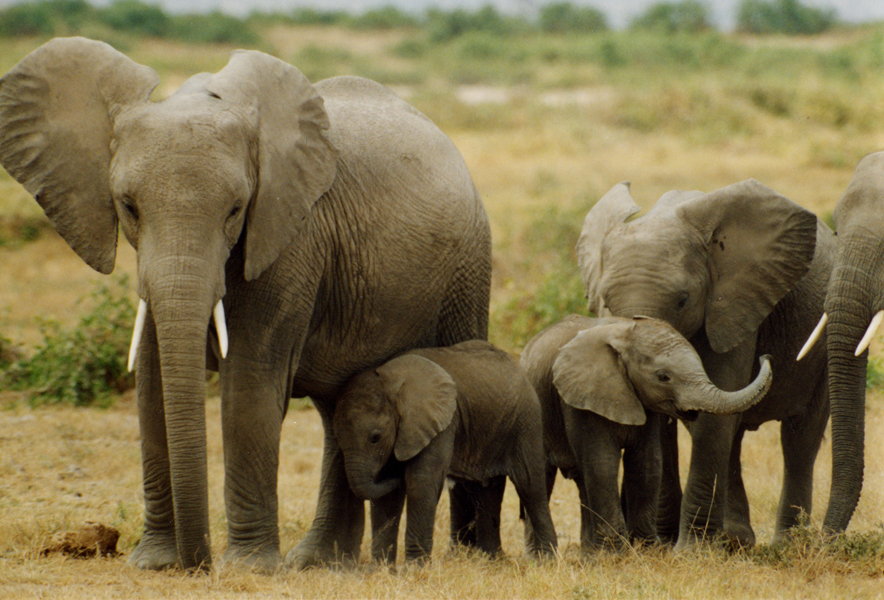 The largest land mammal on earth, the African elephant weighs up to eight tons. The elephant is distinguished by its massive body, large ears and a long trunk, which has many uses ranging from using it as a hand to pick up objects, as a horn to trumpet warnings, an arm raised in greeting to a hose for drinking water or bathing.

Led by a matriarch, elephants are organized into complex social structures of females and calves, while male elephants tend to live in isolation. A single calf is born to a female once every 4-5 years and after a gestation period of 22 months—the longest of any mammal. These calves stay with their mothers for years and are also cared for by other females in the group.

The two species of elephants—African and Asian—need extensive land to survive. Roaming in herds and consuming hundreds of pounds of plant matter in a single day, both species of elephant require extensive amounts of food, water and space. As a result, these large mammals place great demands on the environment and often come into conflict with people in competition for resources.

This website has been redesigned to comply with both Section 504 of the Rehabilitation Act and Title II of the Americans with Disabilities Act. If you see anything on this site that does not comply with either Act please email us immediately so we can correct the problem.